Receive our newsletter – data, insights and analysis delivered to you 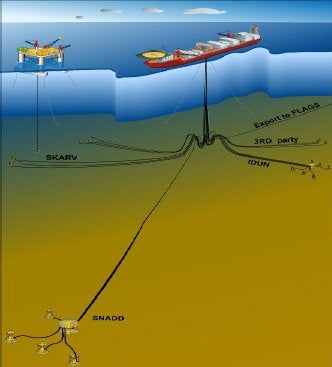 British multinational oil and gas company BP, along with its consortium partners, has commenced production from Skarv field in the Norwegian Sea.

Located about 210km west of the Norwegian coast in water depths of 350m -450m, the field has about 100m barrels of oil and condensate and over 1.5tr ft³ of rich gas.

The company will also connect an 80km 26in gas export pipeline to the Gassled transportation system to export output from the field to European markets.

ExxonMobil to start drilling at third well in Canje Block

BP expects the output of the field to increase further to produce about 125,000 barrels of oil equivalent per day (boe/d) at a monthly average rate within the first six months of production.

Data, insights and analysis delivered to you View all newsletters By the Offshore Technology team Sign up to our newsletters

BP group chief executive Bob Dudley said; "The start-up of Skarv is a key operational milestone for BP, adding new production from one of our core higher-margin areas."

Discovered in 1998, the Skarv oil and gas field is one of a series of new major upstream projects that the company brought into production in 2011.

Apart from the Skarv field, BP is also continuing its operation in the Ula and Valhall fields in Norway.